ay 24 will be marked as a memorable day in history of the FIA European Truck Racing Championship as it is taking one of the biggest and most imposing racing series in the world from the grid into the virtual world. Both ETRC and Goodyear were excited to welcome back both drivers and fans last Sunday for an extra round of motorsport joys at the ETRC Digital Racing Challenge.

Since the start of the year former truck racing champions and new drivers, such as youngest full-season entrant Teo Calvet, have been waiting for the start of the 2020 season. With the real life racing currently postponed till the opening event in Most, Czech Republic planned on August 29 and 30, 2020, they are more than ready to hit the grid in the virtual world.

“After obtaining the 2019 Junior title in the French Truck Championship, I’m really looking forward to starting my first ETRC season as part of one of the world’s best teams, BUGGYRA RACING. The ETRC Digital Racing Challenge is great way to keep the competition spirit and it is super fun to race already with my competitors. We will hopefully meet each other soon on the real grid! My target for the 2020 season is to end in the Top 10 and compete for the victory in the Grammer Cup.” said Téo Calvet, full-season ETRC entrant for BYGGYRA RACING

On May 24, full-season FIA ETRC entrants and ETRC drivers granted a special entry competed in the first race of the ETRC Digital Racing Challenge consisting of a series of eight virtual events. This first encounter between the giants of motorsport took place on the virtual track of the Hungaroring, a copy of the famous track in Hungary where normally the kick-off of the 2020 season would have taken place the last weekend of April. Local hero Norbert Kiss won both races in the opening round. Young gun Téo Calvet ended fourth in the first race and led the second race until Kiss took his second victory of the day after having great battle with Calvet. To be continued during the upcoming second round of the European Truck Racing Championship Digital Series on June 7th at another legendary track, Misano (IT).

Likewise in the real world, drivers go full blast and have clearly trained to handle their cyber truck from the seat of their simulator of choice. The Assetto Corsa gaming platform also allows them to make personal modifications to their trucks featuring their actual 2020 team livery and Goodyear branded tires.

“At Goodyear, as exclusive tire partner of the FIA European Truck Racing Championship and a company dedicated to innovation, we are looking forward to the new dimension of the series launching in the digital space. It brings the thrills from the grid into the safe environment of the living rooms of drivers, teams and fans around the world.” said Maciej Szymanski, Director Marketing Commercial Tyres Europe at Goodyear. “We are fully prepared for the start of the FIA European Truck Racing Championship 2020 season in August at Most in Czech Republic. New this year are the iconic Goodyear decals on the tyre sidewall similar to those we historically used to win an all-time record of 368 Formula One Grand Prix. Today they mark the high performance rubber we support the famous NASCAR, FIA World Endurance Championship (WEC), FIA World Touring Car Cup (WTCR) and Pure ETRC with.”

“I obtained by my first victory on Goodyear when I was just 16 years old and they followed me since my first day in truck racing! Competing on these high-quality products is a dream for a race driver as their durability is suited to handle extreme racing conditions such as cornering and handling at high speed. Their experts are always available to support like we see also in daily transport business,” adds Calvet.

Awaiting the start of the official truck races, the ETRC Digital Racing Challenge will be broadcasted globally via 2h live stream broadcasts on the ETRC social channels. The virtual races are monitored and supervised by an official Clerk of the Course and include expert commentary. Stay tuned for the 2nd round planned on Sunday, June 7 2020. 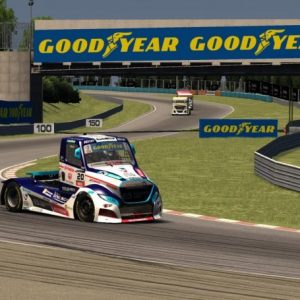 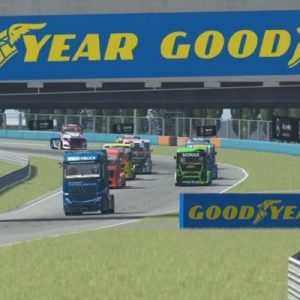 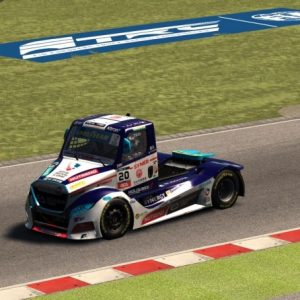