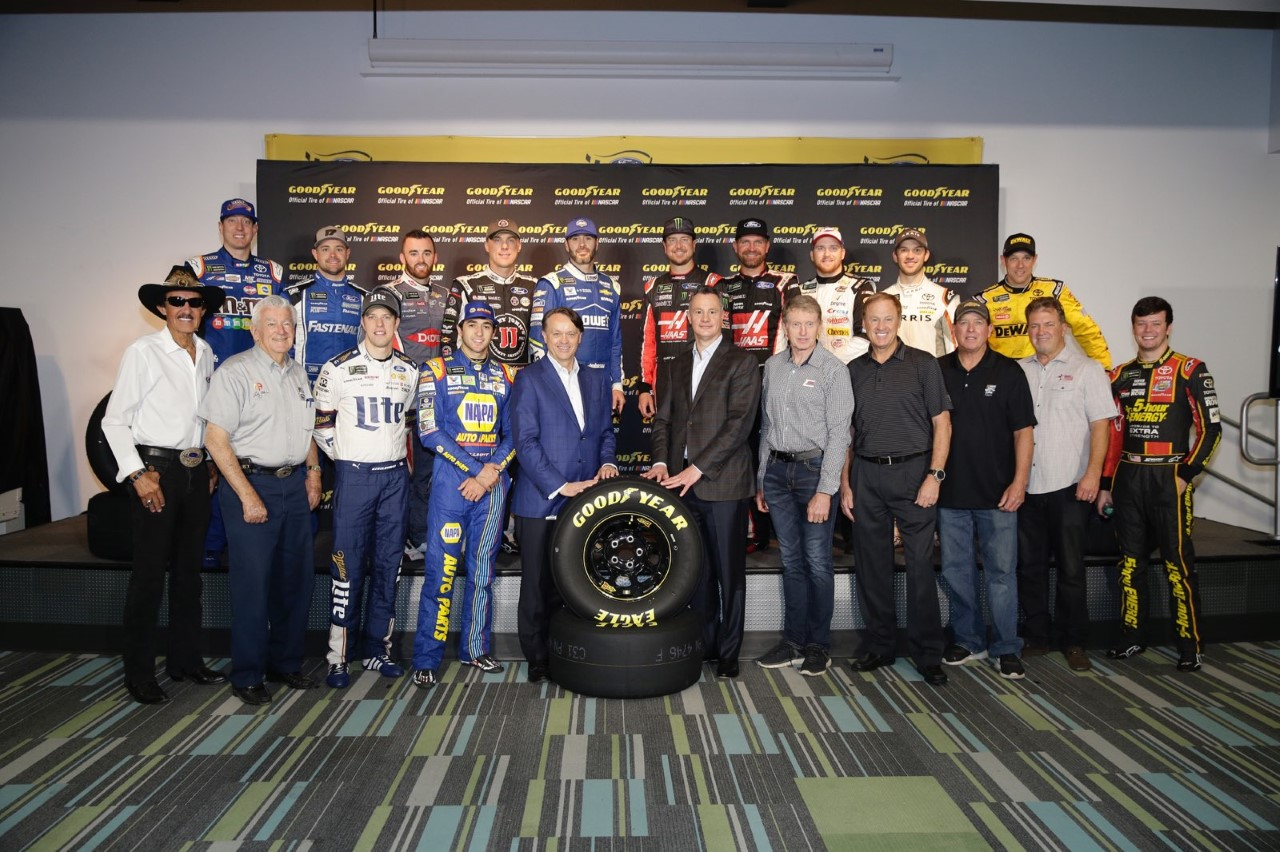 The newly signed agreement continues Goodyear’s designation as the “Official Tire of NASCAR” and extends an uninterrupted relationship that started in 1954. Goodyear and NASCAR’s six decade-long relationship is one of the longest-running sponsor programs in any major sport.

“We proudly join Goodyear in celebrating our renewed and longstanding partnership,” said Brent Dewar, NASCAR president. “For more than half a century, NASCAR and our teams have trusted Goodyear tires. Our partners’ commitment to innovation and excellence plays a key role in our unyielding pursuit to deliver the best racing product in the world.”

From the introduction of the racing slick in 1972 to the radial tire in 1989 to multi-zone tread design in 2013, Goodyear and NASCAR have consistently innovated to deliver compelling racing. NASCAR has served as a proving ground for Goodyear, preparing and supplying tires that meet the most grueling and demanding conditions. The technology that goes into a tire to withstand and perform in those conditions helps inform and differentiate Goodyear’s consumer tires.

“We are tremendously proud of the pivotal role Goodyear plays in the best racing competition in the world and excited that NASCAR drivers will be crossing the finish line on Goodyear tires in the years ahead,” said Richard J. Kramer, chairman, chief executive officer and president of Goodyear. “With this new agreement in place, we celebrate our enduring relationship with NASCAR and the continuing value of NASCAR to the Goodyear brand.”

Goodyear produces more than 100,000 tires for NASCAR’s top three series every year and each tire is custom-built by the hands of passionate Goodyear associates in Akron, Ohio – Goodyear’s global headquarters – and donned with the name of the employee who helped produce it. The depth of the relationship has been built on competition, shared passion and brand growth for the two organizations. Goodyear’s industry-leading brand has been amplified through the duration of the relationship generating awareness for the tiremaker with NASCAR’s passionate fan base. For five consecutive years, Goodyear has been the most-recognized sponsor in NASCAR, according to the 2016 NASCAR sponsor loyalty survey conducted for SportsBusiness Journal/Daily by Turnkey Sports & Entertainment.