Goodyear is aiming to add a comeback win to its record of 14 victories in the 24 Hours of Le Mans when it makes its long-awaited return to the world’s most prestigious endurance race this month. This month’s race will be the first Le Mans to feature Goodyear tires since 2006, and it could be the fastest edition of the French endurance classic in recent memory.

The 88th running of Le Mans has been moved from its original June slot to Sept.19-20 due to the COVID-19 pandemic and also marks the penultimate round of the current FIA World Endurance Championship (WEC) season. The title race concludes with the 8 Hours of Bahrain on Nov. 14 and the result at Le Mans is particularly important as the French classic counts as a ‘double points’ round.

Goodyear predicts that the 24 Hours could be one of the fastest in recent history due to cooler conditions. According to Mike McGregor, race program manager, “The ambient and track temperatures should be significantly lower than in June. Cooler air will mean more efficiency from reducing aerodynamic drag and improved engine performance. On the tire front, we’ve seen a step forward in pace this season with the new Goodyear range compared to lap times in previous years. Combine these factors together and we have the recipe for a record-breaking Le Mans.”

One of the challenges for tire manufacturers at Le Mans is that WEC regulations only allow three dry-weather tire types for the full season. This means that Goodyear has had to develop a range that can cover a vast range of track temperatures. For example, at the last round at Spa, an unusually tropical Belgian day led to track temperatures of 42ºC. In the previous season at Spa, the track temperature was a mere 7ºC. At Le Mans, Goodyear expects to focus on the soft ‘A’ or the latest medium ‘B’ specifications with the medium-plus ‘C’ on hand if there is a September heatwave.

McGregor adds, “Our objective is to provide enduring performance for our teams, limit the number of tire changes and retain peak performance in the last stint when fuel levels are low. At Le Mans we change tires after the equivalent of more than two Formula 1 race distances. At that point, when the car is on a light fuel load the driver needs maximum performance. At Spa, the Goodyear equipped cars were the fastest on track at this stage of the race.”

Building a databank of knowledge

This year’s compressed calendar means there wasn’t time for the traditional Le Mans test day a fortnight before the race. Nevertheless, Goodyear engineers have been doing extensive research for their comeback race. McGregor explains how the Goodyear engineers build their knowledge of the WEC circuits, “We visit the circuits months before each race to analyze the surfaces. Circuits that have recently been resurfaced, like Paul Ricard, have a ‘micro-rough surface’ but older circuits like Spa have a much more open ‘macro-rough’ asphalt.

“We always rescan the surface to see how the surface has evolved since our last visit. Le Mans is unique because part of the track is a permanent racetrack, but the majority of the circuit is public road and the surface wears heavily from year to year. As Goodyear grows in European racing, we are building a vast databank of knowledge to add to the data held by our U.S. colleagues for American circuits.”

Ready for September in the rain

Although Goodyear is planning for the fastest Le Mans of recent years, its engineers also are planning for autumnal conditions. McGregor explains, “Since our comeback in August last year, we hadn’t needed to use the Goodyear full wet tire until Spa last month. Our teams found that the wet was very durable and the wet stint at Spa gave us a lot of data to calculate where the crossover point is between Goodyear’s very versatile intermediate tire and the full wet tire. That Spa performance has helped build our confidence ahead of Le Mans.”

The pandemic has meant that Goodyear, like everyone in the paddock, has had to change its processes at race events, by splitting its team into bubbles and investing in health and safety equipment. The Goodyear team at Le Mans is made of experts from eight different countries so compliance with the regulations of each of those countries as well as the sporting authorities of each hosting country is critical to running a safe event.

“It’s testament to everyone in the sport, the manufacturers and the organizers, how they’ve made the sport work in difficult times and keep people safe and well whilst working internationally. Goodyear’s number one priority is to keep associates safe and the professionalism of the sport in a crisis has helped enormously,” adds Ben Crawley, director Motorsport EMEA.

Free Practice and Qualifying sessions at Le Mans will run on Thursday and Friday, Sept. 17-18, ahead of the race which kicks off at 14:30 CEST on Saturday, Sept. 19, running until the same time on Sunday, Sept. 20.

Five teams in the LMP2 class will be equipped with Goodyear tires: Jota Sport, Jackie Chan DC Racing, Algarve Pro Racing, G-Drive Racing by Algarve and Panis Racing. From next season in WEC and the European Le Mans Series, all LMP2 cars will run on Goodyear tires.​ 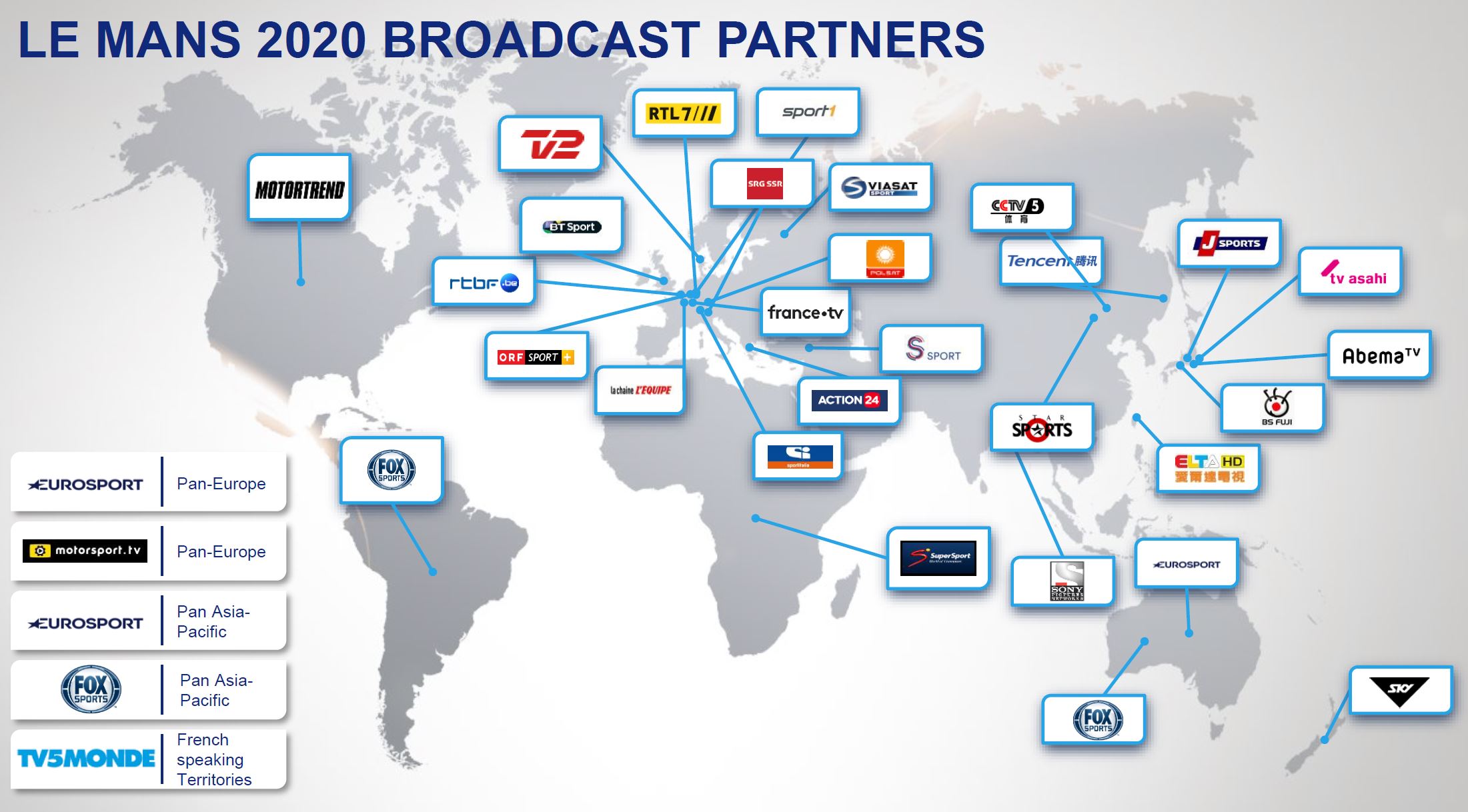